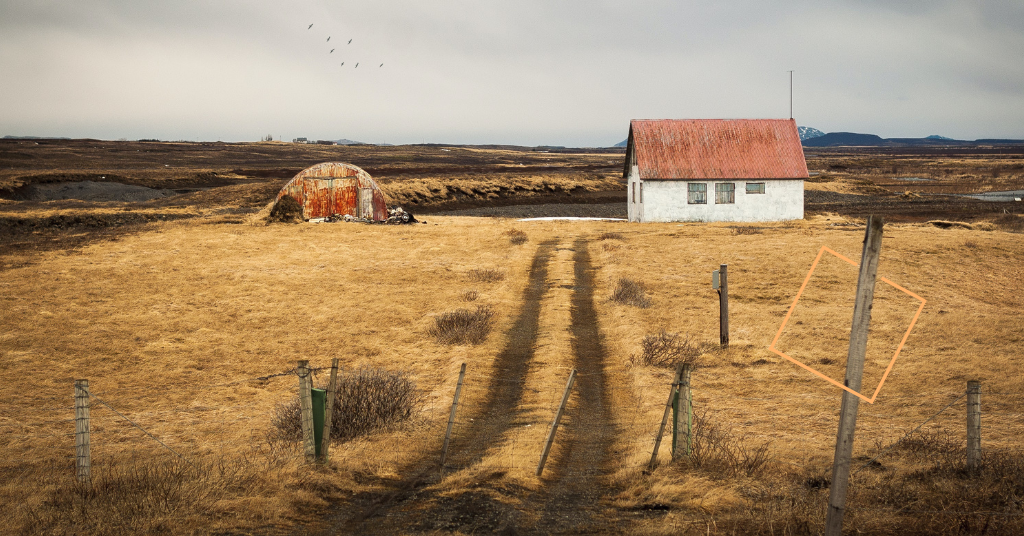 Recently, we’ve been getting a lot of questions about audience fatigue recognition in Facebook and how to identify it, so we thought we should write a blog about it.

Audiences are undoubtedly the most important aspect of Facebook targeting. The right audience paired with the right creative and campaign type can single-handedly build a business, whilst the alternative can be disastrous. Audiences play a pivotal role when scaling, as we spend more budget on Facebook cumulatively, we need to reach new potential customers in order to retain a similar ROAS and incremental sales volume. This can be tricky to achieve if we have huge budgets but small top of funnel audiences, so it’s important to be able to quickly identify audiences at risk of saturation and plan for new audience builds in a timely fashion.

The simplest way to identify audience fatigue is if the following metrics behave as follows:

You can create the cost per reach metric by going to columns then create custom metric and use the formula Amount spent / (Reach/1000). This metric represents the cost of reaching 1000 users. It’s a slightly better metric than CPM because it gives you a cost of reaching additional users without a frequency bias.

Once you click on inspect you will be directed to the delivery insights page which highlights the ad set’s key properties including the bid strategy, budget, optimisation event, and attribution. There are quite a number of metrics on this page, we will only focus on the following:

Below is the audience saturation graph.

As described by Facebook:
“This chart helps explain the relationship between your cost and the audience you’re reaching.”

Facebook describes the chart usage as:
“Helps determine if a decline in performance is linked to audience saturation.”

“If your ads are no longer reaching new people and costs are increasing, this may be linked to ad fatigue. If results are declining and audience saturation is high, it may be time to expand your audience.”

As mentioned above, the graph aims to give user more information about how their current audience behaviour is affecting results.

Frequency (Lifetime) –  The average number of times that each person saw your ad over the lifetime of your campaign.

First-time Impression Ratio – The percentage of your daily impressions that comes from people seeing your ad set for the first time.

Reach (Lifetime/ cumulative) – The number of people who saw your ads at least once over the lifetime of your campaign.

Audience reached ratio – The percentage of your estimated potential audience that you’ve reached so far. Your potential audience is estimated based on the placements and targeting criteria you select and include factors such as Facebook user behaviours, user demographics and location data. Potential reach is designed to estimate how many people in a given area could see an ad that a business might run. It’s not designed to match population or census estimates.

Facebook does a great job explaining the metric and their use cases, the thing to note is that as you run ads, you should expect increasing frequency (lifetime) and a drop in the first time impression ratio. The metric to mostly focus on here is the first time impression ratio as this gives a good indication of audience saturation. If you are running a top of funnel audience and start to see this ratio drop below 50% then it’s a good idea to start planning for your replacement audiences.

You can go as far as predicting when the audience will be fully exhausted by looking at how long the ad set has been live and how much it’s spent over its lifetime then comparing your existing budget and extrapolating audience exhaustion.

Below is the audience overlap graph: 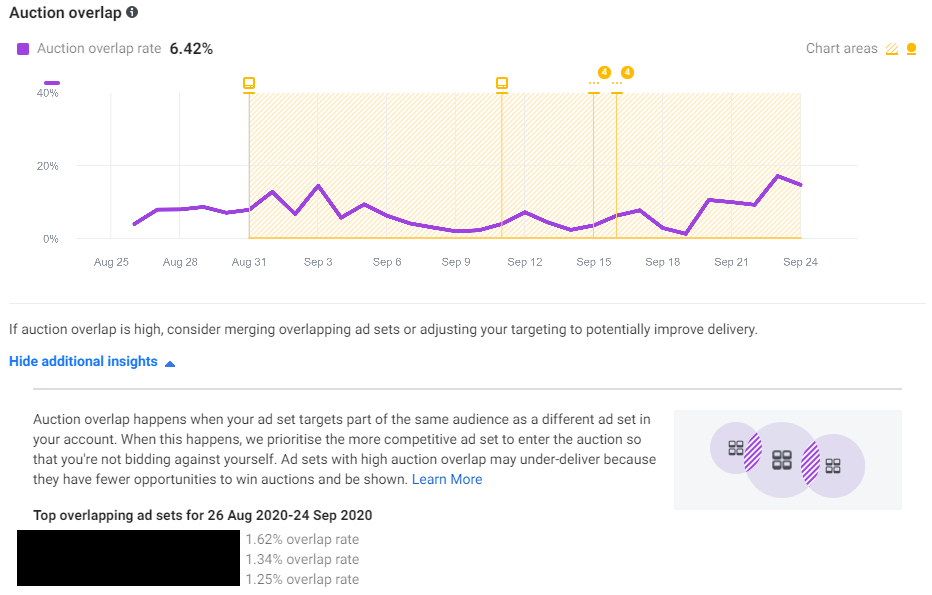 The topic of audience overlap probably needs its own blog but we will briefly touch on it here and hopefully, we can write a blog about it in the future.

The metrics here are super important because they provide insight into the relationship between ad set performance and audience overlap. Here is how facebook describes the metrics.

‘This graph shows how often your ad set ended up in the same auction as another from the same account. To prevent you from bidding against yourself, we remove the less competitive ad set from the auction.’

What will this help me do?

Determine whether under-delivery may be related to auction overlap.

Facebook goes a step further by providing the ad sets that overlap with the inspected ad set giving you more information on which ad sets to optimise.

I hope this blog was helpful, would love to hear your thoughts in the comments below.