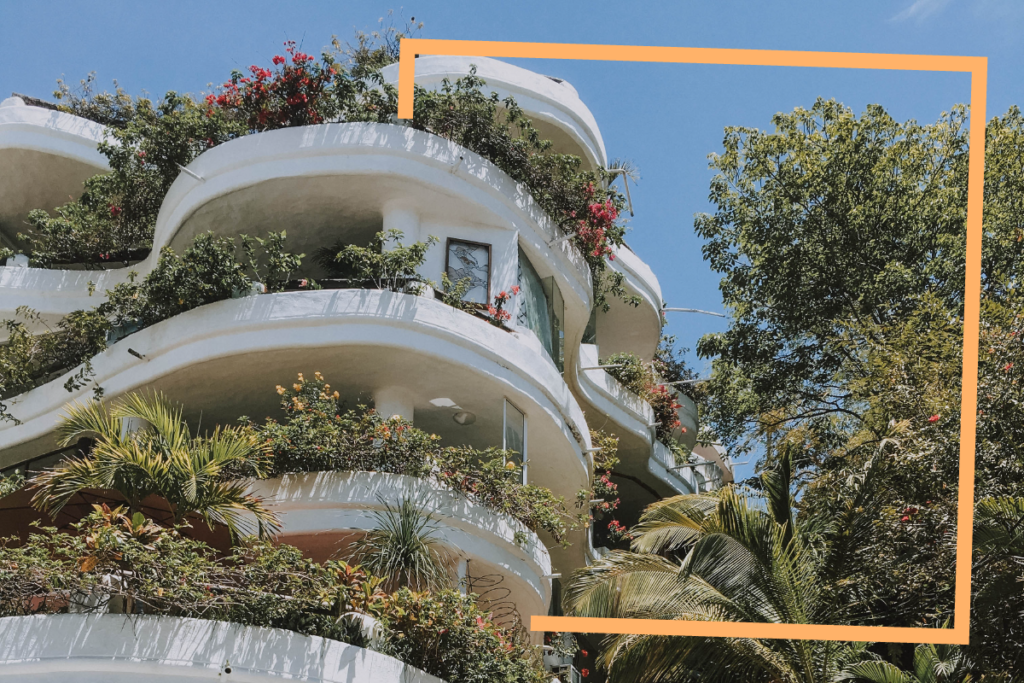 If you run Facebook campaigns, you might have heard about Campaign Budget Optimisation (CBO). For the past few years, daily budgets have been set at the ad set level in Facebook. Late last year, Facebook introduced campaign level budget optimisation. At Metric Labs, we experimented with it then, and it did not go well. Facebook tended to overspend on ad sets that didn’t get us the most cost effective results. We kept manually managing our ad set budgets to get better ROI.

This year, Facebook announced that from September, the option to manually set budgets at the ad set level would be phased out. We were sceptical, but fortunately, it turns out the algorithm has gotten better at distributing budgets. Come September, you won’t be able to set ad set level budgets the way you’re used to. So now is the time to get on top of CBO.

Here are our top tips for managing this move. 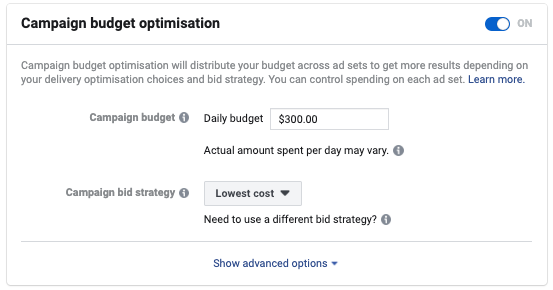 Then, move into your ad set, and in the “budget & schedule” section, click “Add spend limits to this ad set.” 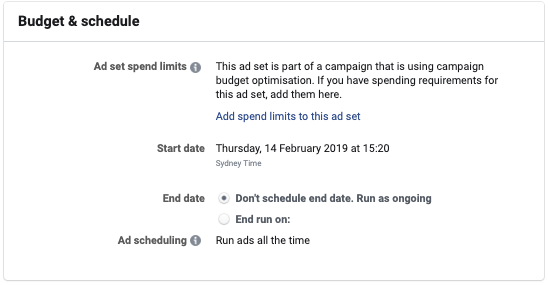 When you’ve clicked this, the following options will appear. We recommend setting minimum and maximum spends for all ad sets in a new campaign. You can’t set a minimum and maximum at the same amount – the minimum limit will need to be less than or equal to 90% of the maximum limit. So you can set an ad set to spend between $6 and $7, but not $6 exactly. 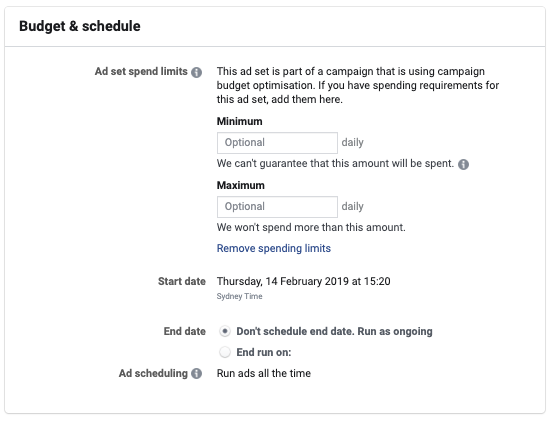 This method forces Facebook to spend a certain amount on each campaign, even when you’re using CBO. We’ve found that Facebook is very quick in deciding certain audiences won’t work, and spending more money where it’s getting results, even if the results are more expensive, or not as high quality as other ad sets.

If you don’t have existing data for this kind of campaign, or these kinds of audiences, the best thing to do is to set the same amount for each ad set. Let the campaign run with these limits until you’ve achieved statistically significant results (how soon you get to this will depend on your spend). When those results are achieved, you can remove the minimum limits, allowing Facebook to make budget distribution decisions for you. If you’d still rather keep control over your ad set budgets, you can continue to manage budgets by setting these minimums.

There tends to be 2 kinds of audiences for B2C campaigns: small ones with high ROAS, and large ones with lower ROAS. The smaller audiences are usually a niche audience who are very likely to purchase – e.g. you make bike socks, and Facebook knows these people definitely ride to work every day. This is likely to be a smaller audience than people who Facebook knows show some interest in biking, or may have purchased a bike, or are generally athletic.

When you move to CBO, you’ll want to group audiences of similar sizes together, so Facebook can allocate budget amongst audiences with similar performance. The smaller audiences are likely to exhaust their conversions faster than the large ones, meaning FB will move on to the large ones quickly, and you’ll miss conversions from the smaller ones.

Facebook says it needs 50 optimisation events to ‘learn’ about an ad set. Whatever you’re optimising for (leads, page views, purchases), you’ll want to wait until the learning phase is over in each ad set before letting Facebook manage budgets by itself. Depending on your objectives and your budget, this might take some time. We recommend waiting until you’ve given Facebook enough data before you trust it to make decisions for you.